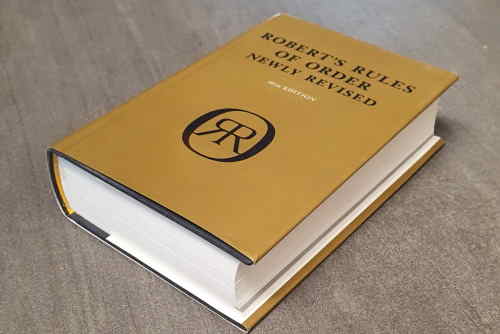 Robert’s Rules of Order is a guide for conducting meetings and making decisions as a group.

Robert’s Rules of Order are brilliant. Everyone with experience in chairing meetings of a clubs, boards, and parliaments will appreciate the thought that went into covering all possible situations that a chair may encounter.

Robert’s Rules of Order are also problematic. The terminology is arcane and the complexity can be misused to disenfranchise participants that are less familiar with the rules.

My edition of Robert’s Rules of Order has 704 pages. There are simplified versions but even these are intimidating.

The complexity creates an advantage for people who are more familiar with the rules. They can block proposals and ideas they don’t like by making procedural motions and objections that cannot be countered by inexperienced participants or an inexperienced chair.

Playing procedural games is a useful from of education in the meeting of a student club, but gets in the way when a group needs to make decisions fairly and efficiently.

Everyone who is new to Robert’s Rules of Order, and participants who are not native English speakers in particular, will have difficulty contributing to the discussion and will certainly be unable to chair meetings under these rules. That makes these rules unsuitable for international groups.

I am not aware of alternative rules of order that are written down as comprehensively.

In practice, a less formal interaction between participants in alliance meeting works fine. The behavior of the chair becomes more critical to the success of such a meeting. With Robert’s Rules of Order, the chair’s actions are guided by the Rules. In a less formal meeting, the chair needs to be more pro-active in making sure that all participants get the opportunity to speak, and that decisions are made fairly and understood by everyone.

The “Guide for voting in meetings of industry groups” simplifies concepts from Robert’s Rules of Order and makes them applicable for meetings with international participants.

The “Guide to chairing an Industry Alliance Meeting” shows how meetings can be managed with using the complicated terminology of Robert’s Rules of Order. 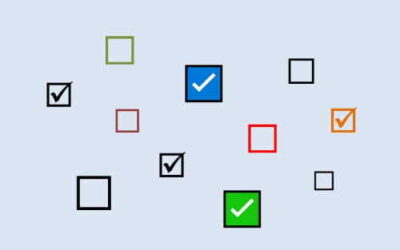 Guide for voting in meetings of industry groups

Guidelines for voting. How to make the most common voting procedures work, taking the unique requirements of industry alliances and consortiums into account. Simple yes/no voting, Voting on a series of options. Quorum, Confidentiality, and Tools.