Two interface standards compete for adoption when they target the same application.

The competition is particularly fierce when it is not possible to combine both standards in the same product. These mutually exclusive interfaces are subject to network effects and one of the two usually becomes dominant and the other disappears.

When is better to manage competing standards in separate organizations? When is it possible for one group to manage incompatible standards?

Compatibility is made possible with interface specifications

Standards like Bluetooth, Wi-Fi, and Qi define the interface between two products.
Interface Standard
Interface Example
Bluetooth
Between a mobile phone and a wireless headset
Wi-Fi
Between an access point and a laptop
Qi
Between a wireless charger and a mobile phone
4G
Between a base station and a mobile phone
The purpose of these interface specifications (colloquially called “Standards”) is to make products compatible. That means a product made by one manufacturer works together seamlessly with products made by another company. See also “network effects”. Some standards have variants that can be combined in one product. A single mobile phone, for example, can combine a GSM, 3G, 4G and 5G interface. Other standards have variants that cannot be combined in one product. USB connectors, for example. These variants are mutually exclusive. Mains power connectors are another example. Different mains power connectors cannot be combined in one product either.
Side remark on mutual exclusivity of mains power interface variants. It is not really impossible to support all mains power plugs in one socket, as you can see in this picture. In practice you won’t see these sockets installed anywhere because they are unsafe (the European F-type plug will not connect to ground, for example) and will therefore not meet regulations. I doubt the socket in the picture has the right to carry the CE mark. 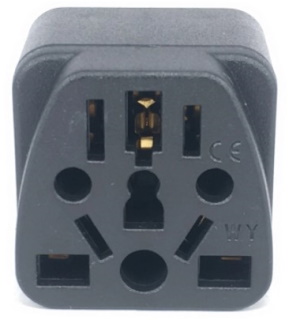 No competition between variants that are not mutually exclusive

These variants can be treated as independent standards. Adding 5G to a phone doesn’t require dropping 4G from the phone. The market share of 4G doesn’t matter. The installed base of 4G base stations doesn’t matter. What matters is the availability of 5G base stations. Consumers will not be interested to pay extra for 5G capability when there are no 5G base stations. This is the usual chicken-and-egg problem that makes it hard to introduce all new interface standards. There is no “winner-takes-all dynamic” in the competition between standards that are not mutually exclusive.

With mutually exclusive variants, a manufacturer must choose which standard to support. That could be because it is technically impossible to combine them or because it is not commercially feasible.  Mutually exclusive variants therefore compete for adoption by manufacturers. The network effect, combined with mutual exclusivity, creates winner takes all dynamics. The effect is that only one of the competing variants survives. See also “Proprietary or open standard? A case study“.
The connector types of USB are another example. Manufacturers need to choose between B, mini-B, micro-B, and the C-connector, as way to obtain power. These variants are mutually exclusive. B and mini-B have disappeared from new products, USB-C is taking over from micro-USB.

USB.org demonstrates that a single standards development organization can create competing interface standards. I believe that works for USB.org because (a) each new generation is meant to take over from the previous generation and (b) the switching cost are low because users can continue to use older chargers by buying a new cable. How was that with the competing standards for wireless charging of mobile phones: Qi, PMA, and Rezence? It was probably technically feasible to combine them in a single phone, but certainly not commercially attractive. And combining them in a single wireless charger was considered impossible. The competition between wireless charging standards could not have been done within a single organization. It would have been impossible for the proponents of the three standards, the Wireless Power Consortium (WPC), Power Matter Alliance (PMA), and the Alliance for Wireless Power (A4WP), to agree that one of them would be the successor of the other. The A4WP tried to position Rezence as the successor of Qi, but that was not accepted by the industry. In 2014-2015 it was attempted to merge the Wireless Power Consortium (WPC), Power Matter Alliance (PMA), and the Alliance for Wireless Power (A4WP). The idea was to end the battle between the standards by merging the organizations. The PMA and A4WP merged into the AirFuel Alliance, but the merger with the WPC never happened. It was a terrible idea. Best case, it would not have changed anything because the standards are mutually exclusive and there was no technical solution to make it possible to integrate these standards in a single charger. Worst case, the members (or, even more problematic, the subset of members represented in the board of directors of the merged organization) could have decided to vote on which of the standards would be abandoned and which standard must survive. Alternatively, the merged organization could have tried to make support for Qi in a mobile phone conditional to also supporting the other wireless power standards in that phone. A form of tying that would not have been acceptable for the mobile phone industry. The competition between Qi, PMA, and Rezence was healthy. Each standards development organizations promoted it’s standard and the manufacturers of products decided the winner by choosing which standard to use. It is much better to let the market decide the winner in a standards battle. Industry alliances that consider developing mutually exclusive standards need to make sure that (a) each mutually exclusive standard serves a distinctly different application, or (b) the members of the alliance agree a roadmap in which one mutually exclusive standard replaces another. When these conditions are not met, the outcome of the competition between mutually exclusive standards becomes a matter of debate between the members of the industry alliance. Instead of leaving it to the market, members with a vested interest in one of the competing standards may be tempted to influence the outcome by allocation resources for promotion, or by voting against improvements in the other standard.

25 January 2022: Article in The Register “IPv6 is built to be better, but that’s not the route to success” about the competition between the IPv6 and IPv4 standards. In this case, the standard development organization (IETF) designated IPv6 as the successor of IPv4 but that didn’t make IPV4 disappear. The article explains why IPv6 has still not replaced IPv4. The essence: IPv6 is incompatible with IPV4 and a work-around (NAT) was created that solved the main problem that IPv6 was meant to solve (limitation on the number of available IP addresses).

The article “Choosing name and logo for a group of cooperating companies” shows how good and bad logo design influences the competition between standards. Using the same logo for incompatible interfaces will confuse users and have negative impact on adoption. 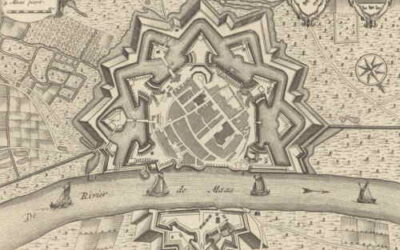 It was November 2011 and my goal for the meeting was to try avoid a battle between standards for wireless charging of mobile phones. This is the story about the standards battle between the Wireless Power Consortium and Powermat.